Skip to content
HomeThe Taming of the Queen, Philippa Gregory 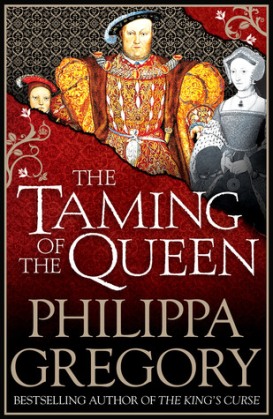 Home at last! I landed at Perth airport, home from Melbourne, last Tuesday week at 9.30 am and by noon was at work. I’ve driven, unloaded, driven, loaded for ten and half days straight till now I’m ‘out of hours’ and must take a two day break. We haven’t worked like this since the end of the mining boom a couple of years ago. Obviously I haven’t had time to write any new blog posts but I have done plenty of (audio) reading.

When I’m unloading and sometimes when I’m queuing to load I catch up on my news and blog reading and when that’s done I can read a real, physical book – at the moment Christina Stead’s The Salzburg Tales. Meanwhile, during all that driving, I’ve listened to, amongst others, Amerikanah (Chimamanda Ngozi Adichie), Pride and Prejudice, The Taming of the Queen, The Road (Cormack McCarthy), and The Drowning (Camilla Luckborg).

Amerikanah – currently the subject of the Mayor of New York’s citywide book group – was a disappointment, just another plain vanilla American novel, with none of the African rhythms of other Nigerian writers, Nnedi Okorafor say, or Ben Okri. The Road was also less than I expected, just ordinary, post-apocalyptic SF. I get the impression that when literary writers move into SF, and Atwood’s The Handmaid’s Tale is another example, they get far more credit than SF specialists who often do it much better, and here I’m thinking of the relative lack of mainstream appreciation for JM Ballard, PK Dick, Ursula La Guin and so on.

The Drowning, standard – which is to say, good – Swedish crime fiction, brought up a different problem, that is depictions of violence. I can only describe the detailed descriptions of two distinct acts of violence, one sexual and one not, perpetrated on one girl as pornographic. The denoument, involving a split personality, was also less than compelling, but that’s another story.

So we come to The Taming of the Queen. Marion Diamond, who blogs at Historians are Past Caring, joked on another post of mine on historical fiction (no, I don’t remember which one) about ‘feisty, feminist medieval princesses’, but this is in fact the thesis of this recent (2015) Philippa Gregory Tudor romance. Gregory is passionate about the feminist credentials of Henry VIII’s sixth wife, ‘Kateryn’ Parr (1512-1548).

I have listened to other books by Gregory, The Other Boleyn Girl most recently, and have enjoyed them for the romance and for their veneer of historical fact. One critic has described Gregory’s books as the Mills & Boon of historical fiction. More or less by coincidence I’ve also listened to Hilary Mantel’s much more respected books of the same period, Wolf Hall and Bring Out the Bodies, so I’m getting to be a real expert.

Historical fiction is in the long tradition of well-known stories being re-told to illustrate current concerns, a tradition dating back no doubt to before Homer as it is a given in oral cultures that stories must be retold to survive. My own “opposition” to historical fiction is to retellings that end up obscuring important aspects of the past. So, medieval history is not important to me and I am happy for it to be used as a canvas for Gregory’s imaginings, just as I enjoy learning what I can of Wellington’s campaigns from Georgette Heyer’s The Infamous Army and The Spanish Bride.

Australian history is important and so I must interrogate why I value Voss and not The True History of the Kelly Gang, why I look down on The Secret River and, yes, A House is Built but not The Timeless Land or That Deadman Dance. Voss, I think, like the many adaptations of Shakespeare, celebrates the original story (in this case the disappearance of explorer Ludwig Leichardt) without replacing it; That Deadman Dance is important for supplying an Indigenous perspective to first contact, as is the much earlier The Timeless Land, though of course in that case Dark, the author, is white. Carey’s Kelly Gang rightfully asserts Kelly’s Irish rebel antecedents but I don’t understand why he gives Kelly a wife or how he imagines 1870s Victoria without Aborigines (and I hate novels written in dialect). The others are in a long line of historical fictions written with modern sensibilities and where the facts may be much better understood from accounts written at the time.

Philippa Gregory imputes to Parr a vital part in the survival of the Reformation in England, and indeed the two main threads of this novel are the feminist and intellectual underpinnings of Parr and her inner circle of Ladies in Waiting, and a virulent anti-Catholicism. I have no religious leanings at all, and if I don’t like the appellation ‘atheist’ it is only because there is no theos from which I am ‘a’, but I was a bit shocked by Gregory’s language. Don’t get me wrong, I agree totally that “men in fancy dress performing hocus pocus” is an apt description of Catholic priests, I just didn’t expect to come across it here.

The background to the novel is that the Reformation had taken hold in England following the teachings of Martin Luther and later, John Calvin. Henry, who had his own disputes with Rome, carved off the Church of England in 1529 with himself as head, though the teachings and practices of the church continued to vacillate between Protestantism and Catholicism (to this day). This is also the background to The Scarlet Letter which I reviewed recently.

Henry has already got through five wives in his attempts to come up with a male heir when in 1543 he marries Kateryn, a 31 year old widow who has up till then lived in the north. Henry, by then 52, is grossly overweight and ill. He has a wound to his leg which will not heal, which threatens to kill him through blood poisoning, which requires constant draining, and which of course both stinks and makes it difficult for him to walk unaided. The descriptions of this are all a bit gross! As are the descriptions of Henry’s attempt at intercourse. Gregory posits that a medieval lady would hold herself remote from the processes of sexual intercourse and describes Kateryn sitting stiffly in Henry’s lap as the poor man attempts to ‘get it up’ without assistance.

Although the practices of the Church of England were largely Catholic, reforms included an end to belief in Purgatory – and of payments to the Church to hasten the progress of the dead through Purgatory – services in English and the distribution of an English language Bible (. Actually, the Great Bible of 1539). Henry himself seems to have translated at least some prayers from Latin into English.

Gregory describes Parr as taking up the cause of Protestantism when she arrives at the court, of she and her ladies making new translations, particularly of the Psalms, from Latin into English and of suffering from the forces of reaction as she fails to give Henry the (second) male child he so desperately wants, and as Henry comes under the influence of pro-Catholic advisors. Parr corresponded with her stepson (later Edward VI) in Latin and  published three books of prayers and religious reflections in English. In an afterword Gregory writes:

No woman before Kateryn Parr had dared to write original material in English for publication and put her own name on the title page, as Parr did with her last book, The Lamentation of a Sinner.

Spoiler Alert. Despite temporary imprisonment in the Tower, Kateryn survived Henry to marry her lover, only to die a year later in childbirth.

Gregory is not the literary writer that Mantel is but this is still an enthralling story well told, and with more heft than her earlier work, those that I’ve read anyway.

17 thoughts on “The Taming of the Queen, Philippa Gregory”