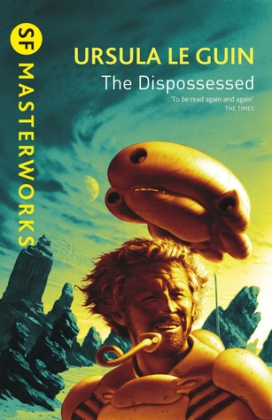 One of my favourite novelists, Ursula Le Guin (b.1929) died last month (22 Jan 2018). I was barely aware of her children’s fantasy fiction which brought her so much acclaim but her adult novels, which are both Science Fiction and Literature, brought me, Mrs Legend and eventually our children, both pleasure and an awareness of what-might-be. Throughout the seventies and eighties she was the first writer we both looked for in second-hand stores and whose work we discussed, and just this xmas we inducted out oldest granddaughter into the club with Le Guin’s The Word for World is Forest.

Ursula K Le Guin in her writing and no doubt in herself, was a feminist, an anarchist and a conservationist, a (quiet) revolutionary in the sixties and seventies when it all seemed possible, right up to now when it seems less possible but rather more necessary. She was a fine story-teller who used her adult science fiction to picture and discuss her beliefs and who argued that science fiction was an important and necessary part of Literature. Her obituary in the Guardian says that

… she conveys her strong conviction that science fiction and fantasy, though fascinating in themselves, are also essential literary constructs or tools through which the world could profitably be described – but only if one honoured the tools. She was impatient – though respectfully so – with her friend Margaret Atwood’s disinclination to call some of her own novels science fiction.

Some time in the nineties or oughties I lost track of her and so was pleased when Michelle (MST at Adventures in Biography) wrote of her family’s connection with Le Guin (here) and then came up with Le Guin’s great defense of Harper Lee (here) on the release of Go Set a Watchman in 2015 (my review).

The Dispossessed (1974) was one of three political masterpieces Le Guin wrote at the height of her powers in the sixties and seventies, the other two being Left Hand of Darkness (1969) on feminism and The Word for World is Forest (1976) on conservation and the rapacity of capitalism.

The Dispossessed is the story of a man, Shevek, a physicist working on the Unified Field Theory which eluded Einstein, living on a planet Anarres which 200 years earlier had been colonised by ‘Odonians’ – followers of the woman, anarchist philosopher and revolutionary, Odo. Anarres circles a slightly larger and much more fertile planet, Urras. (The physics of their situation, which Le Guin glosses over by referring to each being the other’s moon, is that they would in fact have orbited each other around their common mid-point and their daily rotations would have synchronised so that they constantly showed the same face to each other.)

Urras, which acts as an analog for present-day Earth, is heavily populated and divided into countries with authoritarian governments. The wealthy country A-Io is an analog for the USA and the communist country Thu of course stands in for the USSR. They are not at war but during the course of the novel fight a proxy war in a third country, putting down a peoples revolt, with A-Io victorious and reinstalling a dictatorship (a reference no doubt to the USA’s intentions in Viet Nam at the time of writing.)

In the background of this story, of all Le Guin’s SF, are the space-faring and long-civilized Hainish who posit that an even earlier civilzation seeded thousands of planets throughout the galaxy with ‘mankind’. The Hainish have near-lightspeed travel, which they are happy to share, but Shevek’s work on ‘Simultaneity’ carries the promise, for the first time, of instantaneous communication. The Hainish, and Terre, almost destroyed by global warming (Yes, that was a thing in 1974. We have been ignoring it for a very long time. The only fiction I ever had published was on a Melbourne inundated by rising sea levels (RMIT Engineering magazine, 1970) ), have embassies on Urras which play a small part at the end of the story. The Terran ambassador tells Shevek:

“My world, my Earth is a ruin. A planet spoiled by the human species … There are no forests left on my Earth. The air is grey, the sky is grey, it is always hot … There are nearly half a billion of us now. Once there were nine billion. You can see the old cities still everywhere. The bones and bricks go to dust, but the little pieces of plastic never do …”

The story follows two paths: chapters of Shevek’s life growing into adulthood on Anarres, from maths prodigy to physicist, working within his chosen field and as a labourer as the people struggle to deal with shortages and drought, meeting women, getting married, having a family, increasingly having to deal with structural rigidities and social pressure which serve to prevent him disseminating his work; alternating with his time as a mature scientist in A-Io, feted but closeted away from ordinary people, becoming increasingly aware that by being the first person ever to make the trip back from Antarres to Urras he has sold himself, sold his groundbreaking work to the State.

I know there is plenty of boy own stuff in SF, lots of militarism and soft-sex fantasies (the mild, clerkish Robert Heinlein was derided for the enormous muscles of his heroes and breasts of his heroines), but there is also social and literary experimentation which did not, could not find a place elsewhere. The Dispossessed is not space opera, Le Guin makes us care about her protagonist, about his inner struggle to conform his conscience with a workable anarchist ethic. She gives him a life partner, Takver, and friends who share and guide his struggle. She is aware of the problems that will confront a working revolutionary society, and confronts them head-on: the decline of systems of work into bureaucratic rule-following; the failure of voluntary work-sharing and rationing when resources are scarce; the problem of inertia in science which Popper describes in The Logic of Scientific Discovery (1934) and of analagous failures in the arts. And she balances her male protagonist with an overtly feminist, “womanish”, political philosophy. Odonianism. Anarchism, syndicalism, socialism, pacifism.

Shevek in A-Io struggles with the comfort of his rooms, with the idea of servants, with the absence of women from all areas of work, with his increasing awareness that he is being “duchessed” – inundated with luxuries – in return for the completion of his thesis on Simultaneity. At a ball, consuming alcohol for the first time, he makes a fool of himself with his hostess – the women are naked from the waist up which he takes as an invitation – but in his subsequent hangover determines to defect to the workers, takes part in a massive demonstration which is dispersed by machine gun fire and, finally, ends up at the Terran embassy.

Shevek, a diffident man, is persuaded to address the demonstration. “There might have been a hundred thousand human beings in Capitol Square, or twice that many”. Exactly the situation in Bourke Street, Melbourne on Moratorium Day, May 8, 1970, when the capitalist press attempted to play down our numbers, 20 wide and packed solid all the way, a kilometre, from the GPO to Parliament House and back into the Treasury Gardens.

“I am here because you see in me the promise, the promise that we made two hundred years ago in this city – the promise kept. We have kept it, on Antarres. We have nothing but our freedom. We have nothing to give you but your own freedom. We have no law but the single principle of mutual aid between individuals. We have no government but the single principle of free association. We have no states, no nations, no presidents, no premiers, no chiefs, no generals, no bosses, no bankers, no landlords, no wages, no charity, no police, no soldiers, no wars. Nor do we have much else. We are sharers, not owners. We are not prosperous. None of us is rich. None of us is powerful…”

Ursula L Guin was a great, great woman. We are the poorer not for her passing, but for our failure to pay her the attention she deserved.

Michelle in her guest post (here) promised a copy of Clarke, P, and Spender, D, Life Lines: Australian women’s letters and diaries 1788-1840 to a lucky commenter. She has written to tell me that the winner is … Jay Hicks. Congratulations Jay. Drop me a line at theaustralianlegend@gmail.com with your postal address and your book will soon be in the mail.