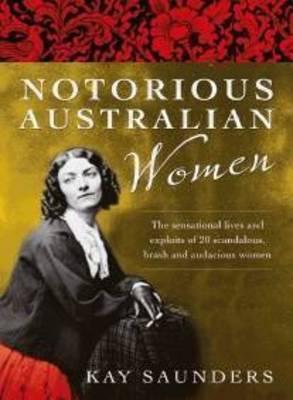 Another weekend in Melbourne – I hope it’s only a weekend, oldest granddaughter turns 16 at the end of the week and I’d like to be at the party, back home in Perth. Left the trailers at a truckstop in the northern suburbs and made my way to Mum’s where I can ‘hide’ the prime mover in a light industrial side street.

Mum reads pretty well constantly. Her retirement village has a ‘library’ where residents may leave and borrow books. The ones that caught my attention this weekend were Norman Lindsay’s The Cousin from Fiji (1945), the story of a young woman in the 1890s Ballarat of Lindsay’s boyhood, and given his notorious womanizing, surprisingly sympathetic; A Web of Friendship, Christina Stead’s letters; and Notorious Australian Women (2011) by Kay Saunders.

I read the Charmian Clift chapter in NAW and it was profoundly disappointing – it seems Clift is notorious for being beautiful (on the cover of Pix); getting pregnant at 18 and adopting out her daughter; and, get this, for causing the breakup of her marriage with George Johnston by being the breadwinner while he was ill.

There was no way Mum was going to let me take the Stead with me, but I got to read a couple of letters and I’d like to share with you excerpts from one which illuminates Stead and husband, William Blake’s move from London to New York in 1935, after they’d mostly been living in Paris (biog.). The letter is headed ‘Blech’ (Blake’s parents were German Jewish immigrants) at an address in Brooklyn and is to Nettie Palmer.

I had to begin all over again here, at the very moment I seemed to be getting to know people in London. I don’t know how long I will be here: it looks like a long session [discusses migrating to Canada] … If that works out all right I will in proper time (I believe it is three years) apply for first papers as an American citizen, a status which becomes effective in five years as I understand … It is always possible however that Bill will get tired of America and move again.

Rebecca West has been very generous to me, so have others: I have not found any envy or disparagement in the literary world, although I have found some (or rather, envious silences) amongst middle-class friends with no literary calling.

I only want one thing, I thirst to do something so good that there will be no denying it on anyone’s part.

My new novel, by the way, will disappoint you: it is one of those things that kick round in publishers’ rooms for years, being altered, discussed, proved, approved, until the author has got out of all patience, and the book out of all recognition [The Beauty and the Furies].

… I really put some gristle into Seven Poor Men and my New York friends haven’t even read it [apparently they expected free copies, which she couldn’t afford]. So they pass the fact that I write, up in silence, perhaps feeling slightly injured even; and sit and talk the whole evening about the stock market or what not. It makes me simply furious, not that I expect to be an object of interest, but not ever to be able to talk about literature … it is my own fault for hanging round demnition middle-class circles. I get a lot of fun though, from time to time, out of Bill’s business-friends: they are cheerful, brutal neo-Darwinians (survival of the slickest), complete Marxians (but on the other side of the fence!).

I looked up ‘demnition’, a variation on damned, maybe invented by Dickens.

As I type on Mum’s dining room table, there is a silver foil wrapped package on the bench, a fruit cake which Mum has made me for Christmas, though I’ll probably save it for my birthday in March, the last before another big ‘0’. And yes, I brought my washing home. But I did cook dinner, well mine anyway, a vegie frittata, Mum had steak. Tonight (Sun.) we can eat out. 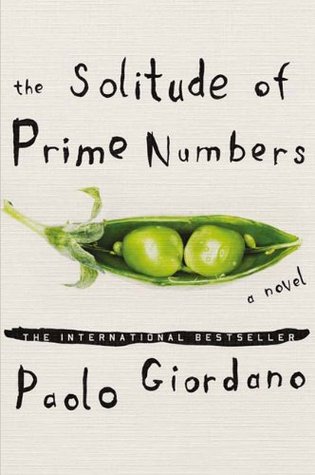 If I didn’t constantly listen to audiobooks I would be even more unaware than I am now of what goes on in World Literature. My reading, I’m sure, would revert to SF and classics, mostly Australian. And of course I would miss out on some excellent fiction. Which takes us back to Grab the Lapels, again! Is ‘excellent fiction’ Literary Fiction, and what I prefer, writing for the writing’s sake, something else? Experimental Fiction maybe? I’m not sure. But the Solitude of Prime Numbers (2008) is definitely excellent fiction.

The novel begins as a series of episodes in the lives of various children and it takes a while to pick up the connections. It’s never said, but apparently it’s set in Turin. A child, Alice, gets lost in the fog on a ski slope and has an accident. Mattia suffers at school because his twin sister is ‘odd’. They finally get invited to a birthday party, he abandons her in a park on the way to the party and when he returns she is gone, in the lake maybe, and never found. Alice, is bullied by the flash girls, cronies of Viola, but is finally, seemingly accepted by them. Mattia, a brilliant student, ends up at Alice’s school. There are other students but we hear less and less of them. Alice, who has been left with a permanent limp from her skiing accident, tortures herself by not eating. Mattia tortures himself by stabbing his palms.

Alice forces Mattia to accept her as a friend, but they are never lovers. Mattia goes away to lecture in mathematics in Germany. Alice takes up photography (and gets a very funny revenge on Viola, while taking Viola’s wedding photos).

The delivery of the reader, Luke Daniels, is almost deadpan, but I think that is the way it is written. The story itself is rivetting as you become more and more invested in the two protagonists. Their ‘relationship’ is brought to a head by what might or might not be a sighting of the long dead twin sister. Highly recommended!

11 thoughts on “Some Books”