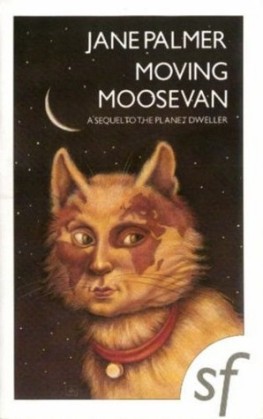 The provenance of second hand books is almost as much fun as the contents. This one has a stamp on the title page saying “Jacaranda Book Exchange, 281 Charters Towers Rd, ph …” so I’m guessing Townsville, 20 years ago. You might remember last time I was there I couldn’t find a second hand bookshop at all.

Twenty years ago was just about the last time Milly and I lived together, and for that matter the last time we all of us lived together. The following year Milly went back to Perth to live with her sister M, and Gee went off to uni. Lou, Psyche and I kept Milly’s house going – sort of. Lou was between school and uni; Psyche was working nights at the local beer barn then carrying on to the casino; and my boss went broke. My mate Chris and I hung on for weeks in case a promised big job came up, two triples to Darwin, but it didn’t and I spent my 50th out of work, then endured bog standard single trailer interstate for a while until another Melb-Nth Qld road train job came up.

The year after that, Milly came back and sold the house, took Gee who was having a break from universities back to Perth, clocking up big miles in her little Daewoo. And I joined her, platonicly, a few months later. Psyche went touring in South America and Lou started his never-ending first year at Latrobe. But that’s another story (or six or seven).

Lou, in Malawi, ‘liked’ The Planet Dweller as soon as I put it up, within seconds, I don’t know how he did that, but my old SF was the background to his adolescence and I guess that one struck a chord. I imagine he had Moving Moosevan read as soon as I’d tossed it on Milly’s enormous circular mosaiced coffee table. (At one stage it was entirely covered in mail and Psyche used as an excuse before a magistrate that she hadn’t paid a traffic fine because it was lost on her mother’s table). Lou would make a much better SF reviewer than I because he actually remembers what he’s read. For ever seemingly. But I can’t talk him in to it.

You do realise I had no idea I was going to write any of this. I’d better finish the damn book and write it up. I only finished unloading yesterday (Tues) and I’m due out again later today, as soon as Dragan rings. So pickings will be thin on the Legend for a while. Again.

Melanie at Grab the Lapels is in to her second year reviewing the Valdemar fantasy series, so I should have some idea how it is done. Moving Moosevan follows on from The Planet Dweller so closely that they might better have been published in one volume. Every now and again Palmer remembers she may have new readers and sticks in a couple of lines of backstory, but not very often and you should really read them in order.

Moosevan, a planet sized entity consisting entirely of thought and energy, has occupied Earth and is engaged in slowly reshaping it for its own aesthetic reasons and out of distaste for all the human-produced pollution. Diana can feel her at the level of her subconscious, but is never sure that Moosevan is listening when she most needs her.

We see not much of the horrible Daphne Trotter, and Moosevan has a new love interest, Salisbury, a solitary lecturer whose family divorced him for pedantry. Yuri is mostly sober, which makes him grumpy, and that’s not to mention his jealousy of Salisbury. Salisbury may be interested in Diana, but Diana is happy to be post-menopausal and single.

There is a plot. I think it goes: Kulp, an ugly green alien , and former employee of the Mott, is constructing a gravity portal in Diana’s rural English neighbourhood. Salisbury who lives nearby, is persecuted by the army who think he is to blame. Two friendly ancient entities Dax and Reniola, who engineered Moosevan’s move to Earth are still around and are meant to be helping. Reniola takes the form of a cat – pictured above – to blend in. The Mott’s android army rebels and uses the gravity portal to invade. Diana and Kulp fight them off. Dax engineers a neat solution involving terra-forming one of Saturn’s moons.

It’s all lots of fun again, a very strange intersection of quaint village life and disgusting aliens. And I look forward to finding the two new sequels, Duckbill Soup (2011) and Brassica Park (2018).