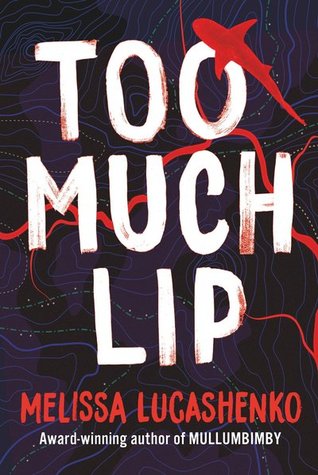 Miles Franklin Award: read the list of winners and weep. Too Much Lip is not a bad book. Once it got going somewhere after the halfway mark, it even had me interested. But the year’s “novel of the highest literary merit”? What a joke. I have no doubt it was given the award by ABC-quality middle of the road, politically correct judges for exactly the same reason as they awarded The Hand that Signed the Paper, to show how cool they were. They were hip with right wing East Europeans back then – and only back-tracked when the right winger turned out to be an Anglo – and they’re hip with lippy Black women now.

Did the judges who gave Lucashenko last year’s prize even read Gerald Murnane’s A Season on Earth?  Of course they didn’t. They were in too much of a hurry to get back to the latest Ian McEwan and Lionel Shriver. The Miles Franklin sad to say has become a reward for story telling and mediocre writing. Look no further than 2014 when Evie Wyld’s All The Birds Singing won ahead of Alexis Wright’s The Swan Book which may well be the great Australian novel of the century.

So, Melissa Lucashenko is not literary in the way that Murnane, Wright or Kim Scott are, and she’s not satirical in the way that Marie Munkara is. But she tells a story. She is a Bundjalung woman of the NSW north coast, as is her protagonist Kerry Salter, and the patois in which the book is written is presumably the usual langauge of that people, though I’m guessing Lucashenko is an educated woman, as the patois sometimes feels a bit forced.

At the beginning of the novel, Kerry Salter, a 30ish Aboriginal woman, and her partner in crime and love, Allie have robbed a bank in Qld. Kerry escaped but Allie was arrested and gaoled. Allie feels abandoned and declares the relationship over. Kerry on a stolen Harley Davidson, with a backpack full of money, heads over the border to her family’s country in the hinterland of NSW’s north coast beaches.

Revving the throttle, she looked straight in front of her, down a long gravel driveway to the house that jack shit built. It huddled beneath the spreading arms of a large leopard tree. Same old fibro walls. Same old roof with rust creeping into a few more panels each wet season,

In the house are Kerry’s mother Pretty Mary, a reformed alcoholic; her older brother Ken, once a fine athlete, now an unemployed drunk, prone to unpredictable violence; his anorexic, teenage son Donny, who lives mostly in his computer games; Pop, her grandfather, dying now, a former Golden Gloves boxer and farm worker for the Nunnes, the original white settlers; and Elvis, their old dog. Kerry has other siblings, Black Superman a gay civil servant in Sydney, and Donna who went missing aged 16 20 years earlier and who has never been found. And there are various Uncles, Aunties and cousins in the surrounding towns.

There’s a silly plot: Jim Buckley the local real estate developer and mayor, sees the backpack on the back of Kerry’s bike and takes it for himself. Kerry stays on at her mother’s but despite being stoney broke makes very little attempt to get it back. There’s the central plot: Buckley has rezoned land he owns so that a prison can be built on it. The land for the prison is adjacent to a bend in the river and an island that has always been regarded by the Salters as their own. The race is on to get the surrounding land recognised under Native Title law or to get Buckley indicted for corruption before clearing commences. And there’s a parallel plot, Martina has been transferred from Sydney to work in Buckley’s real estate office. Martina was ambitious and successful in Sydney, but there’s another reason she’s unhappy to be transferred up north.

And of course there’s a love interest plot. Steve, a former shy, skinny schoolmate of Kerry’s now has the whole six-pack thing and is back in town to open a gym. Kerry, who forgets that she prefers women, and Martina, both get the hots for him.

This all takes a while to pull together, and there’s other stuff, a friendly local cop, the bogan white family next door, Pop’s funeral, Pretty Mary’s fortune telling. The novel gathers strength in the second half as the various plots come together, and as the effects of past traumas, White on Black, Black on Black, are seen to play out.

I have no doubt that the detail of Aboriginal lives lived on the outskirts of town, and the language used to express it, is authentic, but that doesn’t make it literary. In the end, Too Much Lip is not much more than just another middle of the road small town family drama.

24 thoughts on “Too Much Lip, Melissa Lucashenko”