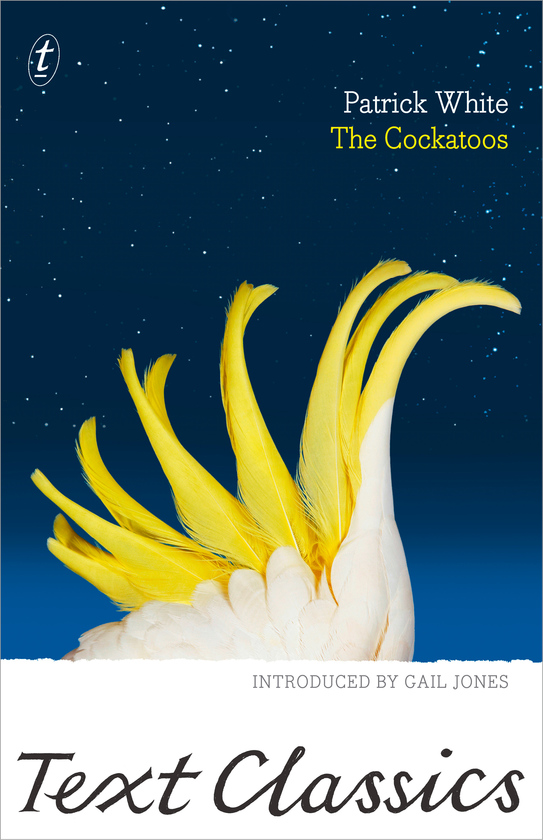 Patrick White (1912-1990) is an unlikely candidate for the title of Australia’s best writer. Born into a firmly upper class life, he lived as a child in Sydney and on his family’s properties in the Hunter Valley (NSW), he and his sister were brought up by a nanny, and at age 12 he was sent to boarding school in England. He left school early and jackarooed for a couple of years on an uncle’s 28 square mile station in the Snowy Mountains (similar country to and maybe 100 kms SE of Miles Franklin’s families’ properties) before returning to England to study French and German Literature at Cambridge.

When his father died in 1937 White was independently wealthy, living and writing in London and for a while in the US. His first novel, Happy Valley, which he had commenced while jackarooing, was published in 1939. He enlisted in the RAF at the outbreak of WWII and served as an intelligence officer in Egypt, Palestine and Greece during which time he met Manoly Lascaris, a Greek army officer, who became his life partner.

White lived with Lascaris for six years in Cairo before, in 1948, bringing him to live in Australia where they had a hobby farm at Castle Hill on the outskirts of Sydney. Their life as ‘farmers’ formed the background for one of White’s most admired novels (not by me!), his fourth, and the first written in Australia, The Tree of Man (1955). To be clear, Patrick White lived as an Englishman, rather than an Australian, until he was 36.

His fifth and greatest novel, Voss (1957) draws on the life (and death) of the explorer Ludwig Leichardt and also on White’s own time in the outback at another family property near Walgett, NSW. White wrote 13 novels all up and was awarded the Nobel Prize for Literature in 1973. The Cockatoos, his second collection of short stories was published in 1974.

I always knew I should read White and attempted, unsuccessfully, The Aunt’s Story (1948) while I was at uni. Some time later I read and enjoyed Voss, and also the David Marr biography, and I read, and wrote about, The Aunt’s Story and The Twyborn Affair (1979) during my (very) mature age M.Litt. I have vague memories of starting others – I own A Fringe of Leaves (1976) and Memoirs of Many in One (1986) and I thought I owned the memoir Flaws in the Glass (1981) but maybe not.

I look up ‘Cockatoos’ in Marr. “So dry were the early months of 1973 that flocks of sulphur-crested cockatoos flew in from the bush to plunder city gardens”. White is correcting proofs of The Eye of the Storm and putting together some stories written over the previous six years. “The latest story is called “The Cockatoos”, [White wrote], and that would be the title of the collection.” He submitted the stories in July and moved on to A Fringe of Leaves which had been lying ten years in a drawer waiting for Mrs Fraser “to recover from the mauling of librettists and composers” (see also: Finding Eliza, Larissa Behrendt).

Here are the stories and their lengths in pages:
A Woman’s Hand 104
The Full Belly 30
The Night the Prowler 58
Five-Twenty 34
Sicilian Vespers 86
The Cockatoos 59
so you can see why the collection is subtitled ‘Shorter novels and stories’.

Gail Jones in her 10 page introductory essay begins at the same place as I have, Marr’s “So dry were the early months of 1973 …”. She describes White’s work as “the singular project of someone for whom art offered questions, not answers, and an anguishing search for resolution in the irresolute business of being.” After waxing lyrical about The Tree of Man, she writes:

So what of The Cockatoos? Wonderfully broad in setting – the stories take place in Sicily, Greece, Egypt and Australia – they are also typical of White’s fiction in their combination of social comedy, inner quest and revelations of deep wounding. All engage modernist effects and concern melancholy and suffering.

I have read, struggled through, these stories. White’s work has layer on layer of meaning and intertextuality. They are mostly about older couples making do together, and White expresses his usual disgust with women’s bodies and with middle class Australians with deliberately ridiculous names like the Fazackerleys (A Woman’s Hand). The Full Belly is a short re-imagining of Greek life under German occupation, a period White was familiar with from his life with Manoly and the years he spent living in the Greek community in Egypt. The Night the Prowler Jones says strikes a false note. A couple attempt to come to terms with their daughter being raped, the daughter attempts to come to terms with being raped by becoming a sexual predator. This was made into a movie which I haven’t seen.

Let’s look at the final story, The Cockatoos. It’s a story of neighbours, people, middle aged couples mostly, living in the same suburban street, knowing each others’ names but hardly neighbourly. Mr Goodenough wears shorts at the weekend, showing his varicose veins. He and Mrs Goodenough have an only child, Tim, almost nine, who avoids other children, wanders streets and parks on his own. White makes fun of himself:

It bothered the father: what if the boy turned out a nut? or worse, a poof – or artist?

Mrs Davoren and her husband Mick, an Irish airman during the war, live amicably enough in the same house but avoid meeting, communicate through notes. Miss Le Cornu lives alone in the house left her by her parents. Mrs Davoren and Miss Le Cornu both cook tea for Mick who puts on his hat and walks up the street to eat his overcooked steak and bed Miss Le Cornu before wandering home again while Mrs Davoren scrapes the teas she cooks into the bin.

Cockatoos settle on the Davoren’s lawn, are offered food and water until they briefly accept a better offer from Miss Le Cornu. The Davorens bump into each other in a dark corner and briefly reconcile. Figgis, the neighbour everyone dislikes, brings his shotgun into the street, fires at the birds. Mick Davoren wrestles him for the gun, is shot, dies in the arms of Mrs Davoren and Miss Le Cornu, who afterwards sometimes speak. Tim spends a night in the park and beats a crippled cockatoo to death with a branch.

All very Patrick White. I’m sure it all means something.

29 thoughts on “The Cockatoos, Patrick White”