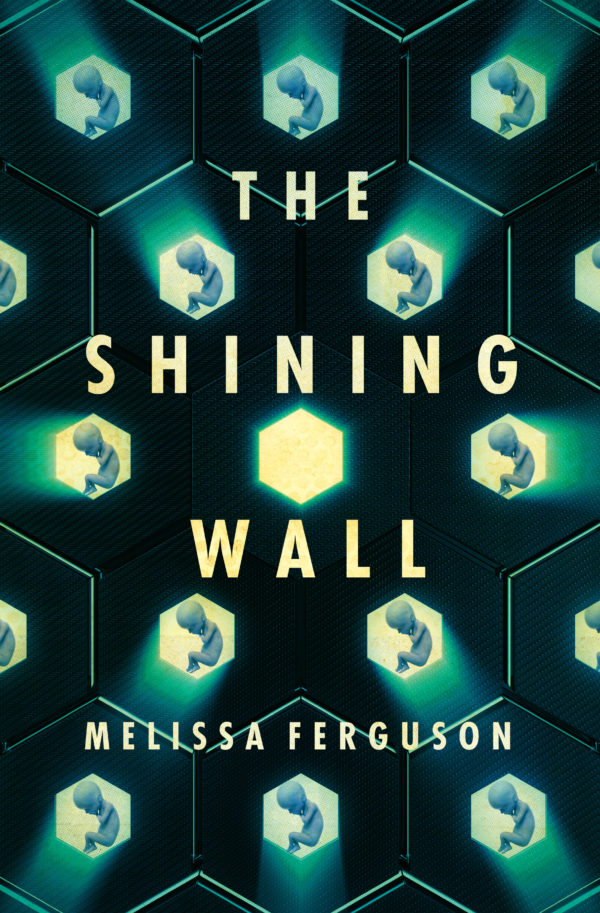 SF books used always to have SF loudly on the spine and front cover. That doesn’t seem to be the case any more, part of the unwillingness of mainstream writers to be seen as genre (looking at you Ian McEwan) maybe and part also, as in the case of this book, the laudable uptake of dystopian themes in recent Australian women’s fiction, of which I have written before.

SF, although of course it had antecedents in Frankenstein, The War of the Worlds, The Invisible Man, Dr Jekyll and Mr Hyde, is largely a post-WWII phenomenon, rising out of US pulp fiction, short stories and novels of space travel, ray guns and grotesque monsters, dashed off at the rate of two, three, four novels a year for a pittance by (mostly male) writers. I read the sedate (English) John Wyndham at school but really discovered SF in the MU Union library, reading short stories and serialized novels in the pulp magazines Galaxy, Astounding, Analogue etc. and in particular Robert Heinlein’s I Will Fear No Evil which Galaxy brought out in 6 parts over July-Dec 1970.

SF in the US had an almost cult status – an idea taken literally by L Ron Hubbard, SF writer and founder of the Church of Scientology – with fans and writers mixing at frequent Conventions. Heinlein, who is a good writer, but with a Superman complex (in the Nietzschean sense) became a figure of fun in fanzines (remember when blogs had to be published on paper!), his slight stature contrasting with his muscular, wealthy, high IQ, sex god (and occasional goddess) protagonists.

I write this as a lead-in to the idea that literary values in SF were often sacrificed to speed of writing and the rush of new ideas. To some extent this still continues though the movement has thrown up over time some great writers – JG Ballard, Philip K Dick, Doris Lessing, Ursula Le Guin and more recently William Gibson – whose merit has been obscured by the SF label attached to their writing. But SF is not unique in this, there are plenty of other genres where literary values are sacrificed to story telling – just look at the popularity in Australia of Di Morrissey, Judy Nunn, Bryce Courtenay etc., etc.

So. The Shining Wall (2019) is an Australian SF novel, without the SF label, in which the ideas and the story are more important than the writing. The author, Melissa Ferguson “lives in Geelong [Vic.] with her husband, two children, two guinea pigs, and one axolotl.” God, that annoys me! And is a “cancer-fighting” scientist, though the ideas in this book don’t particularly relate to her science.

The setting is a near future where Citizens, with perfect health, young bodies and the possibility of near-immortality have retreated into a walled city, City 1, surrounded by the ruins of the suburbs. The underclass, “demi-humans” live in shanty towns outside the walls. Neanderthals, “neos”, have been cloned to work as servants and soldiers. Re-wilders advocate the rejection of anything to do with City 1 and especially the brain implants which serve to both monitor health and act as inter-personal communications devices. Trolls tunnel under the city walls. And there are colonies of free-Neos who have escaped to the bush. Government is a dictatorship privatised out to LeaderCorp which provides both utilities, basic water and medicines, to the Demi settlements, and policing, via mixed squads of ‘sapiens’ and Neos.

We are meant to be involved in the lives of three characters, a Demi, Alida, a teenage girl who with her mother has adopted a younger, stray girl, Graycie; Shuqba, a very straight Neo woman cop who while policing a LeaderCorp ‘hub’ in the settlements befriends Alida and begins to unstraighten; and Ferrassie, another Neo woman, working in a factory turning cockroaches into flour, who falls foul of the authorities and is sentenced to the medical research facility from which no Neo ever returns.

Characterisation is ok, but subservient to plot. The oddest thing is Alida’s speech which is full of archaic Australian slang – littlies, threads, dunny, dosh.

A jigsaw of the front of the mansion appeared through some leaves, all its slick lines and creamy rendering dreamily distorted by the domeshield. Alida’s guts were in a tangle. To top it all off she need a shit. Anxiety was truly the best laxative. She pressed her knuckles into her belly. She’d shit her pants before bolting back into the mansion in search of a dunny.

Rhea darted from one greenhouse to another, peering around at the back door of the mansion and muttering some prayers.

‘Someone’s gonna clock you acting so suss,’ Alida whispered as loud as she dared.

Briefly, Alida’s mother dies and Alida has to work for Freel the local crime lord to make rent. Ganya, his offsider, smuggles Alida into the City where she is Cinderella to a Prince and two Fairy Godmothers. A drug, ‘passenger’, gets her through the sex. After, the two Citizen women ask Alida to have a child for them.

Alida refuses and refuses any further jobs; Graycie gets ill; Alida’s junkie mate is using up all her credits. Shuqba gives her some work, but eventually Alida is forced to acknowledge that Graycie would be better off if she were adopted by citizens.

There are various adventures as City 1 collapses and Shuqba attempts to save Ferrassie and reunite Alida and Graycie. The story’s ok but Ferguson never settles into a comfortable writing style and, for me at least, this was intrusive.