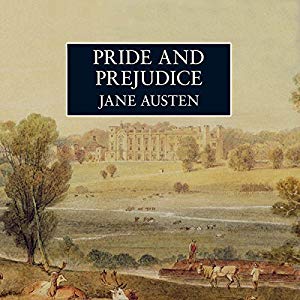 In her biography of Elizabeth Macarthur (review) Michelle Scott Tucker makes the point that Elizabeth, who grew up at about the same time as and in similar circumstances to Jane Austen, was an Elizabeth Bennet who married a Wickham rather than a Darcy. I was thinking about that as I listened to P&P this week, my nth re-reading since high school, in preparation for arguing the case that Elizabeth (Bennet) should have married not Wickham, nor Darcy, but Mr Collins.

Jane Austen was born in 1775 (Eliz.Macarthur in 1766) and Pride & Prejudice was first offered to a publisher in 1797. Elizabeth Bennet is 20 or 21 and we can assume that the year in which the story takes place is about 1795. At that time Napoleon was at war with Austria and Prussia (timeline) but not with England. I don’t know my English history well enough to know why England had a standing militia – Wickham is of course in the county militia – but perhaps in preparation for the war with France which was finally declared in 1803. The previous (English) war, as far as I know was the American War of Independence (1775-83) in which the young John Macarthur fought before joining the NSW Corp and sailing in the Second Fleet, which left England for NSW in 1789.

I wanted to establish that to make clear that there was no reason for an unusual shortage of husbands at the time of P&P as there may have been 20 years later after Wellington’s campaigns in Spain and then Waterloo. Also, we (readers of Georgian romance) tend to regard the prospects of younger sons as entirely hopeless, but in fact we know – and the story of the Macarthurs is an example – that there were considerable opportunities throughout the New World.

Jane Austen and her older sister Cassandra both had chances or half chances to marry but appear to have preferred to withdraw from the marriage market and to live together with their mother, and while he was alive, their father. This is not an option Austen allows her heroines, all of whom marry for love, and if not all of them marry into prosperity as Elizabeth and Jane Bennet do, then at least into comfortable livings.

Jane’s father retired in 1801 and died in 1805, leaving Mrs Austen, Cassandra and Jane in straitened circumstances for four years until Edward Knight (Jane’s brother) offered them a house on his estate at Chawton. How predictable this was a decade earlier when P&P was written I’m not sure, but the situation of Mrs Bennet and her daughters is more or less identical – that they would be homeless and almost without income when Mr Bennet died. And it must have been something Jane was thinking about because it was also the situation of Mrs Dashwood and her daughters in Sense & Sensibility, for which there was a first draft by 1800.

So the big question is why does Elizabeth reject security not just for herself but for her mother and sisters, when it is offered by Mr Collins. Charlotte Lucas, six years older than Elizabeth and all qualms quashed by impending spinsterhood, sees exactly what Mr Collins is offering and has no hesitation in seizing it.

Then, near the end, after Mr Darcy has offered for Elizabeth, her father says more seriously:

I know your disposition, Lizzy. I know that you could be neither happy nor respectable, unless you truly esteemed your husband; unless you looked up to him as a superior. Your lively talents would place you in the greatest danger in an unequal marriage. You could scarcely escape discredit and misery. My child, let me not have the grief of seeing you unable to respect your partner in life. You know not what you are about.

So clearly, Mr Bennet favours Elizabeth waiting for Mr Right, and we can guess that his sentiments are those of the author. Austen in her own life seems to have chosen poverty ahead of marriage, and in P&P she has both Jane and Elizabeth run the risk of certain poverty (on the eventual death of their father) while holding out for improbable suitors – Jane and Mr Bingley are at least of the same class, if of unequal wealth, but Mr Darcy is another step up again.

There are many reasons to read Jane Austen, and one of mine, the principal one even, is my enjoyment of the romances. But these romances are just that, romantic, and gloss over the realities of life for genteel women in the eighteenth and nineteenth centuries. Women were dependent, on their fathers, on the generosity of the head of their wider family, and ultimately on their husbands. Even if they brought wealth into a marriage, they did not retain or control it.

Austen barely introduces us to any of the militia other than Wickham, who of course proves unsuitable, but what I was attempting to tease out in my opening paras was that if Elizabeth had found an officer she liked – and her younger sisters certainly found plenty to choose from – and was prepared to start out relatively humbly, then she may have eventually found some comfort as an officer’s wife. But Austen does not make this an option.

The option she does offer Elizabeth – if we allow that at the time of Mr Collins’ visit Jane’s expectations of Mr Bingley were worth holding out for –  is vastly superior – a husband with a good living at Rosings and the certainty of inheriting her father’s estate, and with it the opportunity to provide an ongoing home for her mother and those of her sisters who had not married. That’s why I say Elizabeth has a duty to accept Mr Collins, not just to secure her own future, but also that of her mother and sisters.