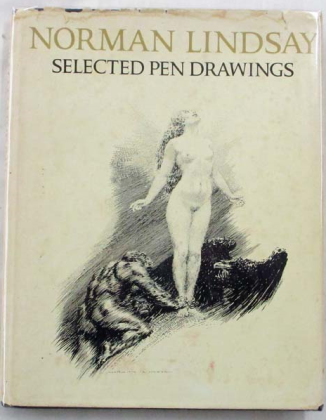 In the 1870s and 1880s Melbourne was both Australia’s largest and wealthiest city and its literary centre – around figures like Marcus Clarke, George McCrae (son of Georgianna), Adam Lindsay Gordon, Henry Kendall, Ada Cambridge, Tasma.

What I want to discuss here is the movement of the literary centre to Sydney and how that worked out, during the first half of the twentieth century. This is an opinion piece rather than the result of any great research so feel free to add to what I say and to correct my mistakes.

Sue (Whispering Gums) has always been interested in the women of this period of Australian writing, and over the past few years we, the Australian Lit.Blogging community, have done a lot to establish in our own minds at least, who the women writers were and to review their work. On my blog, I broke Australian writing into ‘Generations’ more or less in line with HM Green’s ‘Periods’ in his History of Australian Literature, so: Gen 1 1788-1890, Gen 2 1890-1918, Gen 3 1919-1960.

Gen 2 and the first years of Gen 3 were characterized by being both Sydney-centred and seriously misogynist. Gen 2 covered the years of the Sydney Bulletin magazine’s greatest influence, Federation, rising nationalism, WWI.  The Bulletin‘s stable of writers: Henry Lawson, Banjo Patterson, Steele Rudd, Joseph Furphy and a host of bush poets, and the drawings of Lindsay Norman (who moved up from Melbourne after leaving art school) followed by the War reporting of Keith Murdoch and CEW Bean left us with an indelible image of ourselves as resourceful bushmen, and larrikin fighting men. An image which both excluded women and around which they had to work.

The Bulletin openly scorned home life and dismissed the popular women writers of the previous generation as ‘Melbourne-based romance writers’.

“The Sydney Bulletin liked to believe that in ‘virile cultures’ where ‘home-life [had] not become so all absorbing: ‘men live and struggle and fight out in the open most of the time. When they go to their homes they go to beat their wives…’{3 Nov. 1888} According to the Bulletin, home life trammelled a man’s spirit and sapped his masculinity. And it robbed him of his independence.” Marilyn Lake, 1986

This bled into Gen 3 and the Lindsay-led Sydney Push of the 1920s, an antipodean Bohemia where women were only of use as models and for sex.

For those of us over say, 50 our history, including such literary history as got past the anglophile gatekeepers, was written and taught by returned servicemen, and they very much bought into the myths of the lone bushman, mateship etc. So it is important to realise that there is another history, that of strong, independent women, which is not taught. In the 1890s both Melbourne and Sydney had vibrant women’s movements focussed on (white) female suffrage, yes, but also on domestic violence, temperance, and women’s welfare. The Melbourne movement coalesced around Annette Bear and Vida Goldstein, and Sydney around Rosa Scott and Louisa Lawson, and Lawson’s newspaper, Dawn.

Miles Franklin is the prime example of a woman writer who was influenced by the nationalism of the Bulletin but wrote with a definite pro-woman and anti-marriage slant. After the publication and instant success of My Brilliant Career in 1901 Franklin was taken up by Rosa Scott, and then subsequently fell in with Goldstein’s lot when she moved to Melbourne and became life-long friends with Melbourne suffragists Mary Fullerton and Mabel Singleton. Her fictionalised biographies My Career Goes Bung and Cockatoos describe her year in the Sydney literary set, living with Scott, flirting with AB Paterson, and meeting Lindsay and (Bulletin editor) Archibald.

Franklin lived overseas for many years, from 1906 to the 1930s and when she came back for good, to her mother’s house in Sydney it was to a changed literary scene, one dominated by women. During the 20s women had been excluded from the Sydney Push’s literary magazine, Vision and maybe only Zora Cross with her erotic poems fitted in with the times. Anne Brennan, daughter of drunken poet Christopher Brennan, who hung around the Lindsay push for grog and sex, and tried to write, tried to fit in and failed. Christina Stead was tempted to join the Push, but her compulsion to earn enough to flee overseas saved her.

The Melbourne scene gathered around Nettie and Vance Palmer. Vance, originally a Queenslander, tried hard to be a writer in the Bulletin tradition but hasn’t stood the test of time. They were friends with Louis and Hilda Esson and with the poet Maurice Furnley. But more importantly Nettie and Hilda had been at school together at Melbourne’s Presbyterian Ladies College, and subsequently at university. Hilda had been neighbours with Katherine Susannah Prichard’s family and introduced KSP to Nettie. Earlier alumni of PLC included Vida Goldstein and Henry Handel Richardson who of course wrote about the school in The Getting of Wisdom.

Nettie, a poet and scholar, maintained an enormous correspondence with a great many Australian writers and was important in maintaining links with expatriates like Richardson.

Sydney women wrote from their homes, isolated from each other until the formation of the Fellowship of Australian Writers in 1928 by Mary Gilmore, Steele Rudd and John le Gay Brereton. Later in the 30s the FAW’s most prominent members were Miles Franklin, Marjorie Barnard and Frank Dalby Davidson [Sue says I should include here that the FAW’s first female president was Flora Eldershaw in 1935].

So what can I say about that fixture of Australian life: Melbourne-Sydney rivalry. Melbourne ‘had’ Katherine Susannah Prichard, but she was living in Perth; Henry Handel Richardson, acknowledged for years as Australia’s best writer, but long since based in England; (the late) Joseph Furphy, writer of the Great Australian Novel, Such is Life; and Nettie Palmer.

Sydney, by the outbreak of WWII, had a blossoming of writers: Kylie Tennant, Marjorie Barnard, Flora Eldershaw, Dymphna Cusack, Eleanor Dark, Ernestine Hill, and Patrick White just setting out. You be the judge.

14 thoughts on “Melbourne and Sydney”